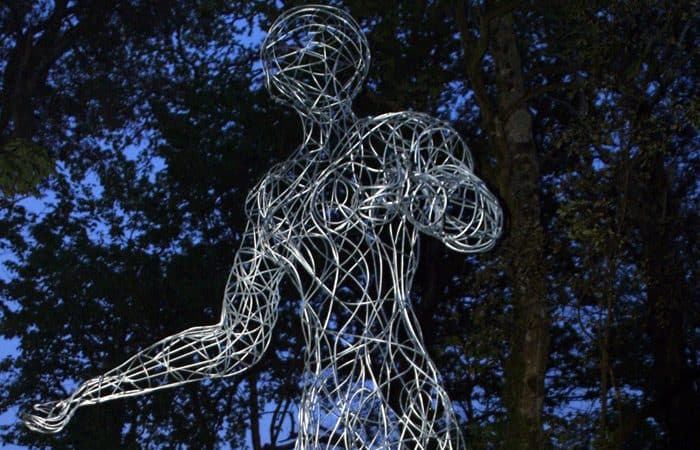 In the first of our haunted gardens series looking at Britain’s ghostly gardens, we decided to explore the mysterious Lost Gardens of Heligan, in Cornwall. 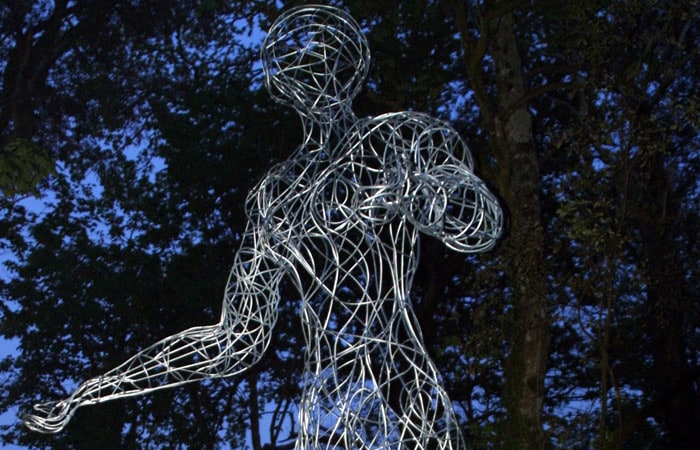 In the first of our series looking at Britain’s most haunted gardens, we spoke to one of the gardeners at the mysterious Lost Gardens of Heligan, in St Austell, Cornwall.

Abandoned in the First World War and left unearthed until its restoration during the 1990’s, Heligan has had so many sightings of a so-called ‘Grey Lady’ that one area of the garden has been renamed Grey Lady’s Walk.

In 1996, a series of television programmes and books covered the popular restoration project as the glorious gardens were brought back to life. Since then, Heligan has opened its gates to millions of visitors from across the world and continues to grow with over 200 varieties of fruit and vegetables including a rare pineapple.

The beautiful area aims to tell the story of ordinary people who made Heligan one of the most remarkable gardens of the early twentieth century, before being forced to abandon the land and fight in the Great War. With Heligan’s lease recently extended into well over 200 acres of the wider estate, the story is not over yet and there’s still more to come from one of Britain’s top green spaces.

However, it isn’t just the amazing plant life and walled gardens that attracts visitors to Heligan. The more mysterious side lies deep within the gardens, where ghosts have been spotted and some very weird goings-on have been reported over the years.

As the renovation first began, some staff claimed to be extremely disturbed and felt an unexplainable hostile black mood come over them. The most haunted areas are believed to be the rockery, melon garden and fruit store, where many of the gardeners prefer to work in pairs.

As for the Grey Lady, visitors have commented on seeing her ghost walking away from the house and one elderly resident claims that she even followed the ghost on one occasion and watched her simply disappear into the trees. In fact, the ghost of the grey Lady has stirred up so much interest over the years that eventually a modern day sculpture was erected and now stands in the Woodland Walk.

The gardens are also home to several giant vegetation sculptures including the “Mud Maid” and the “Giant’s Head” as shown in the photographs above and below. Yet, some claim that more lifelike haunting giant sculptures are present around the wooded areas of Heligan with reports of large dark shadows appearing from thin air.

One couple visiting the dark house in the Melon Garden were astounded to watch the lids on a series of forcing pots systematically lift one by one before hearing a loud sigh from an unseen presence. Could this have been the ghost of one of the former gardeners returning to check on their crops? Maybe the Grey Lady has an interest in watching the plants flourish? Or just maybe this might be a ghost whose identity Heligan have yet to discover…

For more information on visiting the Lost Gardens of Heligan visit their website here to find out more!

FUN FACT: A rare variety of pineapple grown at Heligan could be worth around £10,000 at auction! It’s grown using a manure-heated pineapple pit. One of the lucrative pineapples was delivered to the Queen on the occasion of her 50th wedding anniversary in 1997!

Pineapples are a very labour intensive fruit to grow. The current variegated variety at Heligan, which is now ready to harvest, took five years before it even began to fruit, then another two years to grow the fruit itself. Rare, exotic and hard to grow, pineapples were a symbol of great status and wealth in Victorian times.

COMPETITION: Keep your eyes peeled on our Facebook page for a chance to win a family ticket for 2 adults & up to 3 children to visit the Lost Gardens of Heligan!