Rats In The Garden: Advice, control and elimination 2017 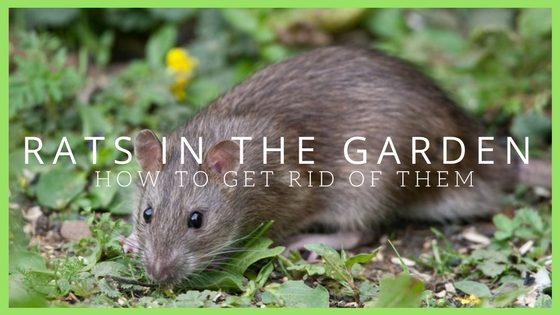 Rats in the Garden: Advice, Control and Elimination

The guide to identifying, controlling and eliminating rats in your garden. Rats invade thousands of homes across the UK daily. Our guide can help! 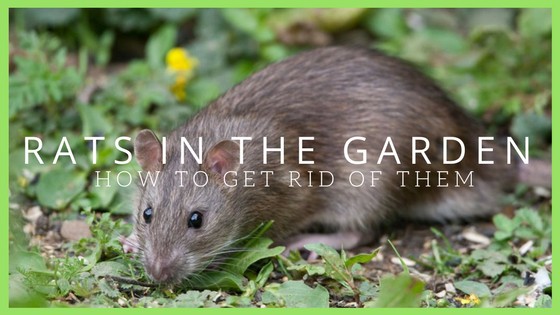 Rats in the Garden: Advice, Control and Elimination

How to Control Rats in the garden

Rats in the garden are a serious problem. These disease-carrying vermin can spread serious diseases, including Leptospirosis, which can lead to Weil’s disease. They could also destroy fence panels. Where do rats live in the garden, you may ask. Greenhouses, sheds and decking all offer the perfect hideout for rodents. If you want to know how to get rid of rats in your garden, read on to find out what signs to look for, prevention methods you should be taking and the best ways to exterminate them.

Although you may think you’d know how to spot a rat in the garden during the day, there are two common rats in our gardens, which have completely different appearances.

Weighing over half a kilo and measuring around 23cm, not including its tail, the Brown Rat is the largest of the rats in the UK. Look out for its blunt muzzle, a tail which is shorter than its body and small furry ears.

Another rat which is common in Britain is the Black Rat. It weighs half as much and is shorter. Spot it’s pointed muzzle, large, hairless ears and a tail which is longer than its body. Rats will eat most root vegetables, including carrots, parsnips, beetroot, and potatoes. They’ll also consume seeds and fruits.

Damage can occur to crops while they are growing and also when they are being stored. Parallel grooves, where a rat’s incisor teeth have bitten into the food material, are usually visible. Rat tunnels in the soil have an entrance diameter of 30-40mm. Rat droppings may be visible where damage has occurred.

Rats have well-developed senses of smell taste and touch. They have an acute sense of hearing, frequently using ultrasound to communicate, and are particularly sensitive to any sudden noise. Both species breed rapidly and become sexually mature in about three months.

Each female may produce from 3 to 12 litters of between six and eight young in a year. Rats need to gnaw to keep their constantly growing incisor teeth worn down. They damage woodwork, plastic, bricks and lead pipes, and will strip insulation from electrical cables.

Brown Rats will live in any location that provides food, water, and shelter. In homes, they will live in roof spaces, wall cavities or under floorboards. In gardens, they will also burrow into grassy banks or under sheds. Brown Rats are often found living in sewer systems.

Look for nesting areas under rubbish, timber and in drain pipes. Also check under decking and in your sheds, greenhouses and other garden buildings. Rats have a characteristic smell when in large numbers which could be a sign of unwanted guests. You may also be able to hear their activity. They come out to feed at night, so you won’t necessarily ever see them in the daytime. If you do, it probably means they are short of food and getting desperate.

If rats invade your home and garden, they can be very destructive. Apart from the diseases they carry and the health risks they pose, they are also causing damage to the area in which are they are habiting.

As they are gnawing rodents, they will chew through wires and pipes, causing costly damages. You may first notice their presence through the noise they make at night but what you can’t hear is the destruction they are causing.

Stopping rats without poison is easy if you take the right prevention methods. However, If you are past this point and need effective action, now, poison and traps are the best solutions to get rid of rats in the garden and home for good.

If your garden is tidy, rats are less likely to take up home and stay there. Keeping the grass cut short, clearing cluttered storage areas and removing rubbish, especially near fences and garden buildings, is a prevention you must take.

Minimising the overgrown areas of your garden will also prevent rats finding a spot to nest and hide. If your garden is tidy you are also more likely to notice them if they decide to visit your garden.

Although bird feeders are great for helping to encourage wildlife into your garden, many rats and mice will climb up the feeding stations to get bird food. Squirrel proof feeders are a great way prevent rats stealing food.

If you suspect a rats nest in the garden, stop feeding wildlife all together and store bird and animal food in secure containers.

In gaps below the garden decking, rats can easily find a home. It’s sheltered, hard to get to and food scraps are readily available through gaps in the decking.

To prevent your decking being a home to rats, always sweep up any fallen food after barbeques and eating outdoors. If the problem persists, block access underneath the decking or consider installing a patio.

In order for rats to not get too comfortable in the garden, you should try to move things around frequently.

Rats are ‘neophobic’, which means they have a fear of new things.

They don’t like disruption to their territory, so position obstacles in their runs and move garden furniture around.

Be sure to block any holes in the walls, floors, and doors of your garden buildings.

You could add a metal kick plate’ to your shed door to prevent entry.

Keep your wooden sheds and greenhouses secure and make sure they can’t get in the building easily.

Keep an eye on crops

Rats will eat most crops, including sweet corn, pumpkins, squash, root vegetables and apples, so once harvested, store them somewhere secure.

If you suspect that stored or growing crops have been nibbled by rats, don’t eat them.

Make sure seeds are also stored in a secure container.

Make your bin or heap uninviting – don’t add food scraps and include green and brown materials so it’s moist.

Turn it regularly but bear in mind that other wildlife uses compost heaps too.

If rats have made a home in your bin, don’t use the compost on edible crops.

Pets are a good deterrent

While it’s not advisable to get a pet purely for the purpose of catching rats, especially as rats can carry disease, pets can be a good deterrent.

They are a disruptive force in the garden, making the rats less likely to stay.

Having a dog or cat could limit your risk of rats in the garden.

If possible, remove water sources from your garden, including dripping taps, this way rats will lose their supply to water and are more likely to move somewhere else.

Designed to kill rodents instantly with a spring release mechanism. It is triggered when the rodent steps into the trap or takes some food bait. They can be dangerous if you have pets and children, especially when used outdoors.

These discharge a high voltage shock when a rat walks on metal plates inside a containment box. They are an expensive method and not all can be used outdoors. This type of trap should be checked frequently for any dead animals.

Usually a small cage with a trigger mechanism to enclose the rodent when it pulls on the bait. These also need to be checked frequently to release any non-target animals caught.

An alternative method used to disperse rats. Ultrasound devices emit sound at frequencies beyond the range of human hearing. Rats and mice experience high volume ultrasound which can repel them without affecting humans. Ultrasound, however, dissipates quickly with distance and is blocked by objects that create shadows.

There are a number of ways you can control rats. Traps and poisons are sold at garden centres but must be used correctly. It is often better to contact your local council or professional pest controller to deal with rats effectively.