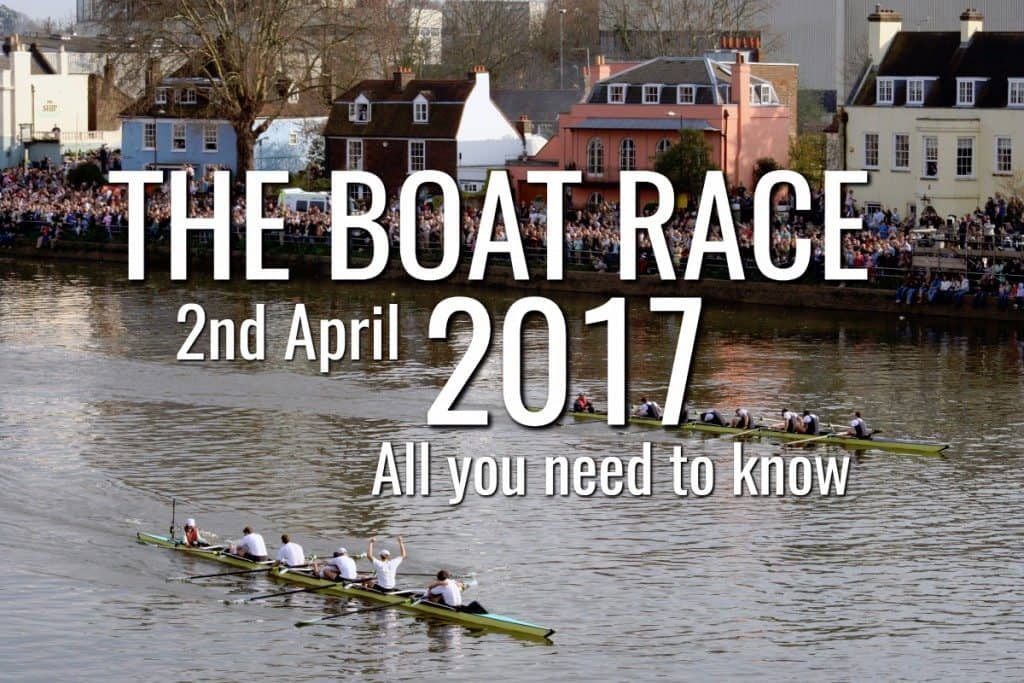 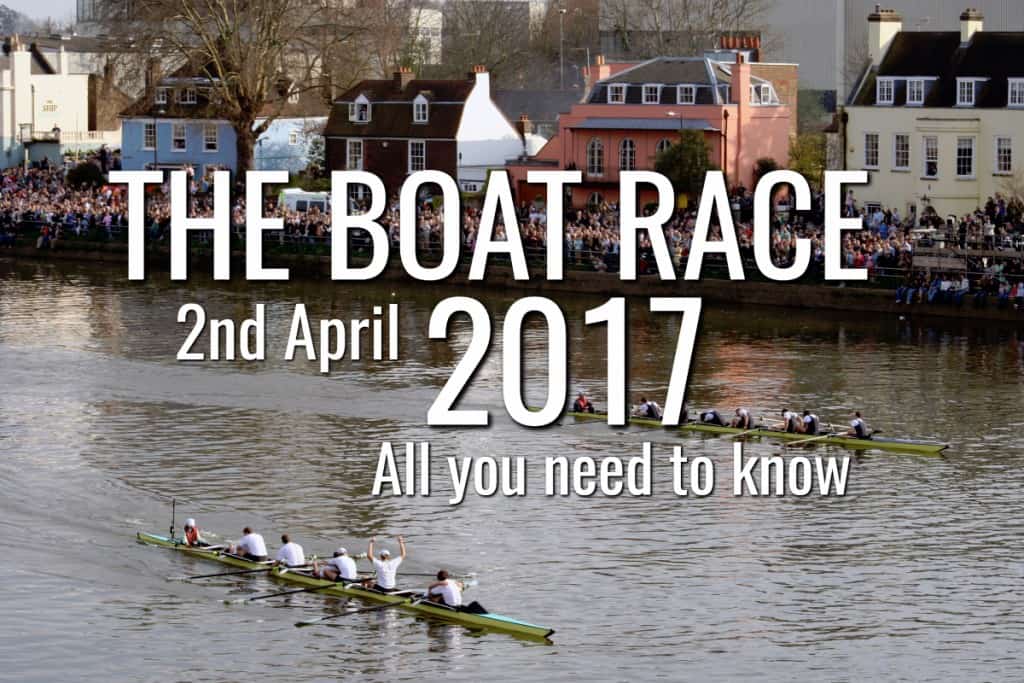 One of the oldest sporting events in the world and one of the biggest spectacles in London. The popular annual battle of Oxford v Cambridge returns this year, marking its 158th race.  In preparation for the exciting event, we’ve compiled all you need to know about the Boat Race 2017.

When is the Boat Race?

Where can I watch it on TV?

You can catch the Oxford v Cambridge boat races on BBC1. The women’s race is up first at 4.35pm. The men’s race follows it at 5.35pm, with each race lasting about 20 minutes.

Who’s in what colour?

Oxford will be wearing dark blue, while Cambridge will be in turquoise.

How long is the course?

The 4 miles, 374-yard Championship course is located on the River Thames, stretching between Putney and Chiswick Bridge. It’s been used since 1845!

How many times have each team won?

In the men’s competition, the scores are pretty even. Cambridge has won the race 82 times, while Oxford has won 79 times. There’s been one draw, the 1877 contest was declared a “dead heat”, although Oxford often counts this as their victory.

It’s not quite level-pegging in the women’s race, however. Since it was introduced in 1927, Cambridge has earned 41 victories, while Oxford only 20.

The race was established when Charles Wordsworth (nephew to poet William Wordsworth), of Christ Church College, Oxford, and Charles Merivale of St. John’s, Cambridge, met during the vacation in Cambridge.

Wordsworth went rowing on the Cam, and the two school fellows decided to set up a challenge. On February 10th 1829, a meeting of CUBC requested Mr Snow of St John’s to write immediately to Mr Staniforth of Christ Church stating that,

The first Boat Race eventually took place on 10 June 1829 at Henley on Thames, with Oxford winning the race by a mile. For the next 25 years contests only happened on an irregular basis, moving to London for the second race in 1836.

Twelve races were held between 1829 and 1855, at which point the race became an annual tradition, breaking only for the First and Second World Wars.

The first rowing event between women’s crews from Oxford and Cambridge took place in 1927. The first side-by-side race was contested in 1936. Until 1976, including a 12 year stretch with no racing between 1952 and 1964, the race location alternated between the Isis in Oxford and the Cam in Cambridge before moving to Henley-on-Thames.

The race stayed in Henley until 2015, when it was held on The Championship Course on the Thames on the same day as the men’s race for the first time.

Famous personalities to of rowed in the Boat Race